Curators of Cuba is an online programme of interviews with the galleries of the Cuba Street district of Wellington and some of the artists that populate them. These will be shared online over June and July through the CubaDupa and ArtExplore channels, encouraging the public back into the capital and celebrating the work of some of the nation’s art wheelers and dealers.

In episode #6 of a filmed conversation series with the galleries and artists that help make Cuba Street, Te Aro, Wellington area as dynamic as it is, Pip Adam talks to Craig Beardsworth of Suite Gallery and photographer Ans Westra (7.24min). Suite not only shows a wide range of contemporary artists it is home to the Westra archive and a museum dedicated to Ans work, including an impressive Cuba Street courtyard.

In episode #5 of a filmed conversation series with the galleries and artists that help make Cuba Street, Te Aro, Wellington area as dynamic as it is, Suzanne Tamaki talks to Grace Ridley-Smith and painter Darryn George (7.24min). McLeavey Gallery is something of an icon in Cuba Street, present here upstairs for 52 years, and Darruyn george has been showing with the gallery for more than 20 of those. Grace speaks about her connection to the gallery since childhood, and Darryn both his special relationship with the gallery and a bold change in his painting practice. His exhibition All Kinds of Trees runs until April 27.

When you visit or work in a gallery space, time can slow down. There’s often none of the ‘jump cut’ distraction with street traffic of a high street retail space. In episode #4 of Curators of Cuba we fall in line with that slowing down, with a look around Robert Heald Gallery. Mark Amery talks to gallerist Robert Heald who is celebrating 10 years in the Left Bank off Cuba Mall and recently moved into larger upstairs premises and we start with a look around Brittle Star an exhibition of the work of self taught artists James Castle, Susan Te Kahurangi King, and Melvin Way, curated by Richard Bryant. Then Mark talks to Richard Frater in Berlin (9.33min) about his exhibition What remains of a naturalist, on until June 20 2020.

In episode #3 of a filmed conversation series with the galleries and artists that help make Cuba Street, Te Aro, Wellington area as dynamic as it is, Pip Adam talks to Florence Academy-trained painter Tatyana Kulida and gallery owner Alan Aldridge. Kiwi Art House is based at the top of Cuba Street in a restored historic building that was once owned by Carmen and was home to Mr Smiles legendary junk shop. Tatyana speaks about painting at home during lockdown with light and the simple things around her. Her exhibition runs until Sunday April 28.

In episode #2 of a filmed conversation series with the galleries and artists that help make Cuba Street, Te Aro, Wellington area as dynamic as it is, Mark Amery talks to artist Peter Trevelyan (8.45min in) and gallerist Alison Bartley. Bartley + Art Company is based in what was once a stables for the Gear Meat Company on Ghuznee just off Cuba, and now houses a stable of excellent artists. Peter Trevelyan speaks of his move into sustainability with plastics, working from Runanga on the West Coast and introduces exhibition Differentiate (until 20 June 2020).

In episode #1 of a filmed conversation series with the galleries and artists that help make Cuba Street, Te Aro, Wellington area as dynamic as it is, Pip Adam talks to artist Shona Rapira-Davies and gallerists Jenny Nelligan and Penney Moir of Bowen Galleries. As Jenny and Shona relate, Bowen began with some good stories in Bowen Street itself back in 1981 and has been representing many fine artists since. Shona Rapira Davies speaks of her relationship to the gallery and introduces exhibition There are no bees in my garden (8 April – 14 June 2020).

The full series of 14 interviews with galleries and their artists is being filmed and distributed via social media over June and July.

The programme has been presented with the assistance of Wellington Independent Arts Trust, with funding from Wellington City Council, ArtExplore and at least a dozen participating art spaces.

Curators of Cuba was due to be launched as part of the CubaDupa street festival as a weekend roving discussion series in late March. With the support of council and the trust, it has now been expanded as a documentary conversation project, available to all online.

From veteran galleries on the strip like McLeavey and Bowen Galleries, to newer-comers like Mossman and Robert Heald; from public spaces like Toi Pōneke to new art spaces in retail like Precinct35, the series explores the dynamic work being done by creative businesses. Artists include well-known names like Ans Westra, Dane Mitchell, Peter Trevelyan and Shona Rapira Davies, but equally introduce you to many newcomers. The conversations are led by writer Pip Adam, artist Suzanne Tamaki and curator and writer Mark Amery, with videography by Oscar Keys. 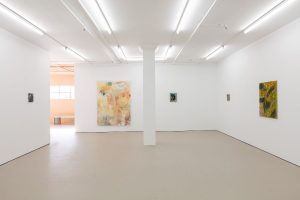 The Cuba Street area is home to a large concentration of galleries, private and public,” says producer Mark Amery. “I often take ArtExplore tour groups to them, and many people are surprised they even exist. The public don’t always have the confidence to cross the threshold, or get the chance to appreciate what remarkable work these galleries do on behalf of our artists.

“Celebrating CubaDupa’s mission to connect up the streets with its people, with camera this series opens up the doors, in the hope you’ll return to visit them yourselves.” 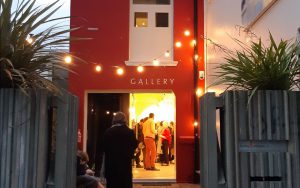 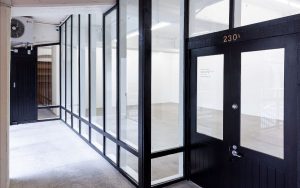