Celebrate New Zealand’s most vibrant and creative festival, ​CubaDupa​, as we return to the streets with a beautiful disruption over the last weekend of summer – 28th and 29th March 2020. Once again the streets will be filled with sights and sounds from Aotearoa and beyond, with over 1500 performers bringing the street to life.

Music is the beating heart of CubaDupa, with a diverse programme showcasing artists from around the world. Silver Scroll Nominated ​Troy Kingi ​will be bringing his irresistible galactic funk, alongside rising Hip Hop star ​JessB​.​ ​Contemporary Canadian folk group ​The East Pointers​ will be joining the party, straight off the back of headlining Australia’s Woodford Folk Festival. Making the trip from across the ditch are ​Bullhorn​, ​an epic 10-piece brass ensemble fronted by the extraordinary rapper Roman MC and backed by one funky drummer. ​Local groove masters ​Dr Reknaw​ and ​H4lf Cast ​will be along for the ride too.

Musicians and electronics will be connected like never before for ​CubaSonic ​- a mass musical interruption involving over 450 musicians and a custom-made sound system spanning the length of Cuba Street. The piece was written by world-renowned NZ Greek composer ​John Psathas​ to unite the CubaDupa site for a ten-minute musical happening. Psathas will be joined by ensembles including Orchestra Wellington​, ​New Zealand Symphony Orchestra​, ​Royal New Zealand Air Force Band​, ​The Nudge​, ​Boat​, ​250 Batucada drummers ​and most astonishing of all – a ​Tesla Coil ​that goes by the name of Chime Red.

These acts and many more will be performing across twelve stages, including the brand new ​Radio Active Upper Cuba Sonic Sphere​. Here you can experience an abundance of music, dance, street theatre and art activations taking place in Abel Smith and Upper Cuba Street. Join ​The Ping Pong Party People​ on their search for the King of Ping in an ultimate table tennis championship. And if you’ve ever wondered what it would be like to attend your own funeral, pay a visit to the ​Shabby Salon​ for a drop-dead gorgeous makeover and your own faux funeral to match. If that’s a little gloomy for you, no problem – they do weddings too. Further down Cuba, look out for The Mammoth circus tent on Marion Street where you’ll find energetic performances and workshops by day, and saucy cabaret shows by night.

Intergalactic madness is the order of the day with plenty of otherworldly acts beaming in for the festival. Hailing from Rhode Island, ​Big Nazo​ is a collective of visual artists, puppet performers and masked musicians who create one-of-a-kind characters and environments. Closer to home, the ​Alien Junk Monsters​ will be entertaining with their psychedelic trash costumes and for the first time ever CubaDupa will host ​BodyPalooza​ – a new national body painting competition.

Finally, it wouldn’t be CubaDupa without the ​Moore Wilsons Street Food Festival​, the perfect accompaniment to the festivities. Over the 28th and 29th of March 2020, CubaDupa promises to interrupt your regular weekend routine with an unforgettable celebration of the arts. 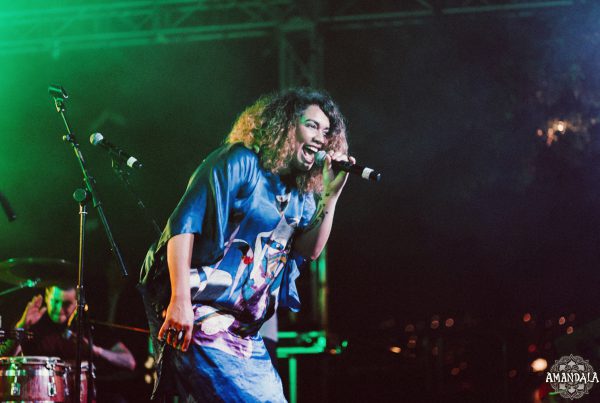